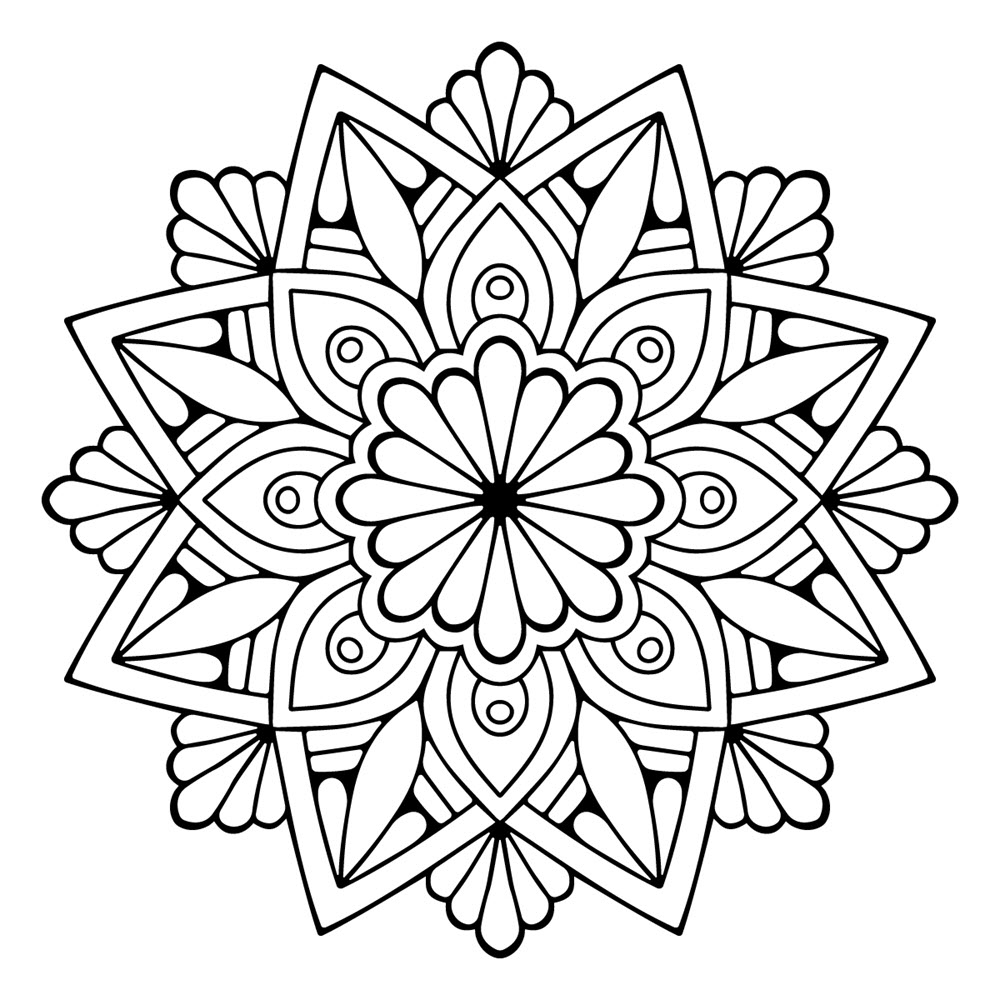 The magic of Mandalas is booming! As you may have noticed during the last few months in all corners of the world, the process of coloring and decorating these complex figures of Hindu and Tibetan influence has gained special importance.

The term mandala means “wheel or circle” in Sanskrit and has its origin in India. These elaborations are used, above all, in Hinduism and Buddhism, since they evoke representations of the macrocosm and microcosm, always conceived from a totally spiritual point of view. Their benefits are quickly appreciated by those who practice meditation.

In addition to their multiple benefits in the field of meditation, they are also being used in numerous decorative references in the home and for personal use.

What are Mandalas used for?

First of all, we have to keep in mind that the basic use of Mandalas, especially for Buddhists, is meditation. Through the observation of their multiple forms and trying to achieve a full state of calm, leaving the mind blank, they create a direct connection between man and divinity.

Therefore, Mandalas are a recognizable energetic point that helps man to achieve spiritual balance and purify his soul.

Nowadays, you may have had the opportunity to observe that, more and more, they can be purchased in numerous establishments. There have even been published a large number of books and compilations of Mandalas drawn in white, in which children (and not so children) can color each of these figures. In addition, this action serves as therapy and relaxation for people who decide to get down to work, presenting itself as a very healthy hobby.

Although, mainly, Mandalas maintain a basic and regular shape, they can be made with many other geometric shapes. Usually, the most common is that they appear within a large circle in which a quadrangular shape is also included. In addition, there are also variations when making these representations depending on the culture. For example, in Hinduism, the linear yantras stand out more, while in Buddhism, the figures themselves attract more attention.

What is common is that the structure of the Mandalas starts from the cardinal axes, creating several regions or sections. Taking into account all the figures that invade a Mandala, the interpretations in terms of meaning can be very varied. Some of the most used shapes are the triangle (vitality, transformation), the circles (security and true self), the square (stability and balance), the spiral (refers to certain energies that are capable of healing), the butterfly (symbol of soul renewal) or the pentagon (which keeps in contact the human body and the elements of earth, fire and water), among others.

And what are the essential colors of a Mandala like?

The colors are also protagonists in the meaning of the Mandala itself, so that the chromatism allows to achieve various specific goals when meditating. For example, the color black means sadness and mystery, pink represents sweetness and serenity, yellow light and warmth or white, which stands as the best ally of perfection and purification. The range of possibilities in terms of colors is immense, you just have to dare to let your imagination fly, giving free rein to your creativity.

The presence of Mandalas in other cultures

Mandalas are not only found in Hindu or Buddhist beliefs, but can also be observed as protagonists in other cultures. Thus, they are visible and quickly recognizable in the labyrinths of Gothic churches, the Andean chacanas or Indian diagrams or dream catchers. In addition, in certain magical rituals, the presence of circles has also been discovered with the aim of separating profane spaces from sacred ones.

Whether to decorate, to relieve the stress of your daily life by coloring, or simply to let your mind free while you observe them, the introduction of Mandalas in your home is, without a doubt, a great choice… and besides, they are beautiful!